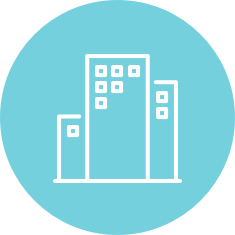 Since 1997 when it was founded, Highlight Tech Corp.(Htc vacuum) has been active in vacuum technology field. Follow the pace of technology industry development with the times, important notes of the Company over the years are as follows:

2018 Jun
Awarded with the “Outstanding Manufacturer of the Year” by Powerchip Technology as a contractor evaluation.

2017 Dec
Awarded with the “Outstanding Manufacturer of the Year” by Powerchip Technology as a contractor evaluation.

2017 Oct
Awarded the "Sports Enterprise Award" by the Sports Department of the Ministry of Education.

2017 May
Sold a part of land in Tainan Technology Industrial Park.

2016 Dec
Contract with BOCEJ of Japan Ltd. for products agent.

2016 Mar
Awarded with the TSMC「0206 Rescue of Tainan Earthquake」by「ＴＳＭＣthanks for you」.

2015 Oct
1. Conducted a cash reduction of capital refund to the Shareholders of NT$ 161,152 thousands, and the amount after capital reduction was NT$ 989,936 thousands.
2. Purchased the land of HuKou Indsutrial zone in Hsinchu City.

2015 Apr
Subsidiary Highlight Tech International Corp.(HTI) reduced its cash capital by US$ 1,400,000 and refunded its shares to the parent company.

2014 Dec
Contract with BOCEJ of Japan Ltd. for products agent.

2014 Jun
Signed a contract with a new marketing agent for Biozone Enterprise in the U.S.A

2013 Dec
Contract with BOCEJ of Japan Ltd. for products agent.

2011 Nov
Increase the capital USD 5,000,000 to the subsidiary Highlight Tech International Corp in China to increase the holdings indirectly.

2011 Sep
Capital increasing from earnings and employees bonus are 31,285,100. The paid-in capital is NT1,151,087,970. Became an Omni-service Company. HTC imported the products of SII EDA of Japan company and step in software technique service field.

2011 Jun
Increase the capital USD 2,000,000 to the subsidiary Highlight Tech International Corp in China to increase the holdings indirectly.

2009 Jan
Selling the equipment of Thin-film Photovoltaic, developed by HTC, to China market.

2008 Jan
Accomplishment of the third project of Shanghai Baoshan Factory.

2007 Jul
Accomplishment of the second project of Shanghai Baoshan Factory.

2007 Jan
Establishment of Research and Engineering Center. This center supervises, controls, and overall plans the researches and projects of Large Thin-Film Chamber and RFID equipments.

2005 Mar
Divided the department of parts clean as a new company BOCT on March 31.

2004 Dec
1. Due to the new parts cleaning business is going to grow dramatically, Htc was seeking for the opportunities of cooperation with international famous brand to improve the technology. The board of director decided to spin off the parts cleaning division to establish a new company so call Te-Yang technology Corp.
2. Establishing a joint venture with BOC Edwards Kachina which belongs to BOC Group. BOC Edwards Kachina owns 50% of the joint venture Te-Yang technology Corp.

2003 Dec
1. Extended a contract with BOCEJ of Japan for 3 years urbo pump agent.
2. Changed the Title of Shanghai branch from trading company to limited company.

2003 Jan
1. Added a new department of parts clean in order to offer the refurbish & regenerating service for process equipment and components.
2. Became an Omni-service Company. HTC imported the products of SII EDA of Japan company and step in software technique service field.

2002 Jan
Registered on GTSM as the emerging stock.

2001 May
Established the trading company, warehouse and vacuum pump service center in Waigaoqiao Free Trade Zone, Pudong, Shanghai, and set up the dorm in Pudong area for the managers from Taiwan.

2001 Jan
Contracted with Chung-Shan Institute of Science and Technology for development and technique transferring of Magnetic Liquid Sealing.

2000 Mar
1. Start-up new headquarters in Tainan.
2. Contracted with Taiko Dry Vacuum Pump of Japan for exclusive agency of selling in Taiwan, and overhaul technique transferring, before.

1998 Sep
Htc vacuum extended the capital, recruiting elites, integrating the supply chain of Vacuum technique and products in order to achieve the goal of long term capital organization. Capital increased to NTD190 million. The paid-in capital is NTD195 million and the organization had been changed to Limited Liability Company.

1997 May
Located in Kaohsiung Taiwan. Htc vacuum capital has invested 5 millions and is specialized in Vacuum gauge, MFC assembly, manufacturing, selling and technical services offering. Also successfully developed PC607 which is the first in Taiwan a digital vacuum gauge product.

By closing this banner, scrolling this page, clicking on a link or continuing navigation in any other way, you consent to the use of cookies. You consent to Htc vacuum storage and processing of the data for the purpose of providing you services. For more information, please see our Privacy Policy & Cookies.